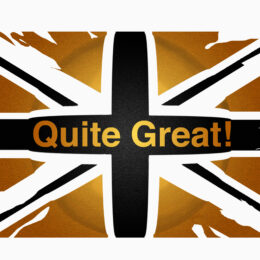 Joe O’Donnell’s Shkayla is delighted to announce a new partnership with Quite Great Music, a leading music PR agency, with a huge reputation and portfolio of artists. Names such as Van Morrison, Talking Heads, Chaka Khan, Stevie Wonder and Robert Wyatt sparkle in their extensive client list, alongside lesser-known but highly thought-of acts such as Alabama 3, Ladysmith Black Mambazo, and Reverend & The Makers.

Since the start of October Quite Great has been helping to build the band’s profile in preparation for the release of our double-sided single Noel Nouvelet, due to drop on 7th November.  The single is an original multi-cultural take on Christmas, combining medieval English music (The Coventry Carol) with a traditional French carol that Joe learned when touring Brittany with Scottish band New Celeste. The crowning multicultural aspect is that the vocals (in French) feature Asian singer Shaheen.

In the New Year Quite Great will be alongside us again, stoking the buzz for our fully-staged performances of Gaodhal’s Vision (GV), Joe O’Donnell’s seminal 1977 album, at the Coventry Belgrade B2, and the 40th Anniversary Special Edition which will follow. More about those activities later.

Got Live If You Want It

And this is not all. Quite Great is also getting behind the band to secure us some important festival dates in 2017. This will be vital for bringing GV to a wider audience, and also to putting the band into the settings which really present the music as it was always intended – on large stages with great sound.

Pete Bassett, Managing Director of Quite Great, said “The Team at WWW.QUITEGREAT.CO.UK work with all styles of music but it is rare to work with such a talent as Joe O’Donnell and the team behind Shkayla who combine a deep rooted love and understanding of Gaelic influenced music as well as the world music genre, bringing them together in such a passionate and authoritative manner. We are so excited to be helping develop the promotional plot and investigate all gig and festival opportunities over the coming months.”

And Joe O’Donnell commented “We are really delighted to be working with the enthusiastic and committed team at Quite Great. It’s just the kind of high-powered support that we have been seeking for some time.”