home » About the band » Reviews

Award-winning pundit Ian Mann – aka ‘The Jazz Mann’ knows his prog rock as well as his jazz.  See what he has to say here.

‘Ready to be recognized as a masterpiece’

Read his scintillating review of Gael’s Vision on ‘Let It Rock’.

Alan Musson reviews Gael’s Vision for the influential site UKVibe.  It is, he finds, ‘a significant piece of folk-rock that seems to defy the natural ageing process sounding almost as fresh today as when it was first released on an unsuspecting public.’

‘Vivid As Any Tapestry’

It’s an apt metaphor, as people who know Joe O’Donnell will attest; Joe’s powerful visual and narrative sense is closely interwoven with his powerful creative musicality. 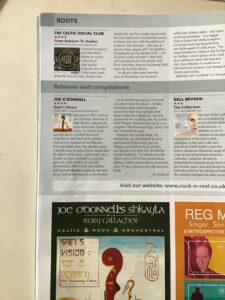 ‘A Force To Be Reckoned With’

‘A force to be reckoned with’ is how Songlines Magazine describes Joe O’Donnell in reviewing ‘Gael’s Vision’.
Check out the review here:
https://www.songlines.co.uk/review/gael-vision 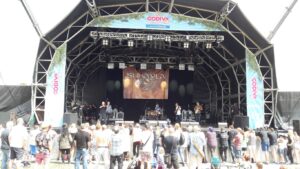 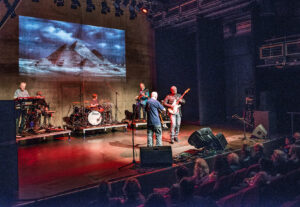 Joe O’Donnell’s Shkayla on stage at The Coventry Belgrade
Coventry music writer Pete Clemons has been documenting music in the City for many years, and he keeps a weather eye on our doings. We were delighted to see him at The Belgrade Theatre for ‘Gaodhal’s Vision. His appreciation forms part of a piece describing the preparations for ‘Gaodhal’s Vision  40th Anniversary Edition’ – read it at
http://coventrygigs.blogspot.co.uk/2017/04/joe-odonnells-gaodhals-vision.html

Here’s a fine write-up by Grace Mitchell at Somebody Told Me …. about new music.

Words like ‘timeless’, ‘Indo-Celtic flair’ and ‘journey of feeling’ tell us that this writer has really caught the vibe of the track and the musical vision behind it. Let us know if you agree!

Somebody Told Me Music 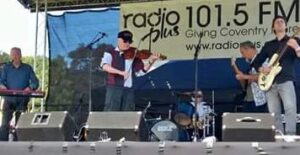 Coventry music stars that made 2014 a year to remember

“But the one gig (of 2014) that really stuck in my mind was that by Joe O’Donnell and his band Shkayla at Warwick Arts Centre. Maybe because I went with no prior expectations but that one, for me, really was a bit special.” (Pete Clemons/CoventryTelegraph)
http://www.coventrytelegraph.net/…/coventry-music-stars-mad…

Let it Rock – “Veteran violinist zooms in his rootsy, yet prophetic, vision on the timeless beauty”. 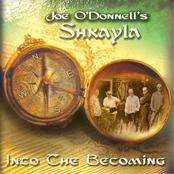 Never since the halcyon days of HORSLIPS have Irish musicians brewed such a heady mix of genres that amounts to an alchemical marriage of rock and folk. Focusing on the titular term for the future coined by Hopi Indians, O’Donnell’s palette spans the whole of the world as befits an artist who left his imprint on such milestone records as EAST OF EDEN’s “Another Eden” and JADE WARRIOR’s “Kites”. A member of the former and a guest on the latter, it was only in 1998 that Joe came up with SHKAYLA, a band of his own to tie the various styles strains ever so tight. “Into The Becoming” easily shifts from rustic jigs to sharp riffage and proggy wigouts in the most unpredictable fashion and is all the better for it. One is rarely offered an adventure like this.

It begins with what could be termed as the rippling tapestry “Freagra” – meaning “Answer” – and slowly reveals the album’s main themes before the groove gains pace,the deceptively serene picture gets ripped and the ensemble let fly. It may get glacially epic in “Variation On Valencia Lament” where the main man’s fiddle and Martin Barter’s ivories turn classically sparse and dramatic, but “Breton Set” moves from stately, organ-oiled halls into a village square where the barrelhouse plays host to a jazz piano which reeks of both beer and modern tropes, as do, given a synthesizer sway, glossy song “Smearach” or the electric swirl of “Cooley’s Reel” paired with “Tap The Barrel.” From there Si Hayden’s guitar shoots to sweep away the courtly elegance of the mandolin-embroidered “Swaggering Set” and delicately underpin the vocal harmonies in “J’entende Le Loup Suite” rolling back the ages to the Renaissance fair.

As far as vibrancy goes, the Terry Woods-penned “Noisy Johnny” bounces from Adrian Litvinoff’s bass and Brendan J. Rayner’s drums and lands, cleverly amplified, in the tremulous era of swing, whereas “Severeno” takes its Gypsy caravan on the klezmer territory, tugging on heartstrings and plucking strings in a rather disturbing way. Still, the sadness washes off with the unhurried lightness of “Ton Bale Purled” segueing into “Gavotte” to welcome the rocking ballad “Skewball” which begs for a full orchestral wrap. Yet “O’Neil’s Lament” brings the tearful emotions home, into the emerald becoming of the album, a genuine, arresting, riveting ensemble masterpiece.

Whilst I was a big fan of Joe O’Donnell in fiddle driven folk/progrockers East Of Eden, I will admit I sort of lost track of him after that particular combo split. Fortunately, I rediscovered him with Shkayla, Shkayla being the Irish word for stories, when they played the Great British Folk Festival, back in 2011. I was pleased to discover he still hadn’t discovered the meaning of the word compromise.

“Into The Becoming” is the first new album since then and once again I am pleased to say, it still shows no signs of compromise. Named after a Hopi Indian phrase for facing the future, “Into The Becoming” draws inspiration from right around the Celtic rim, sometimes drawing on the rhythms, sometimes on the harmonies, but always with the fiddle at its heart.

“Into The Becoming” is definitely a Joe O’Donnell album and yes that does mean that at times it does follow a slightly idiosyncratic path that may seem a little disjointed, but that’s not always a bad things, there are times where the change from one song/set of tunes to another jars a little, but it does at least make sure you’re paying attention, not that you’ld be able not to.

This is not the easiest album that you’ll ever listen to, but then it’s easy to get bored when something comes to you too easily. “Into The Becoming” is an album that challenges, it’s also one that has lots to offer, which makes it well worth seeking out. 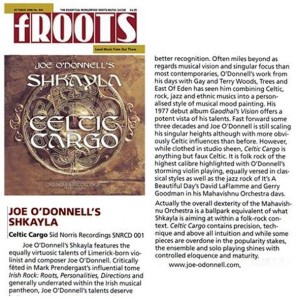