home » About the band

Shkayla (Gaelic for ‘stories’) is Joe O’Donnell’s enduring vehicle for realising his distinctive and widely rooted musical vision. This ranges from traditional Celtic melodies and middle-eastern influences to rock, orchestral music and jazz-fusion.

Originating as a trio Shkayla is now a power-house five-piece able to generate great energy and excitement, and also capable of the sensitivity and delicacy needed in keeping faith with Celtic music. 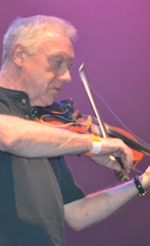 Joe O’Donnell is one of the finest electric violin players performing in the Celtic tradition. He’s also widely acclaimed as a first-class mandolin-player, singer and composer. After more than forty years in the music business Joe still maintains a creative drive that seeks to break new ground while drawing on his rich and vast experience in Ireland, the UK, Europe and the USA.

Over his musical lifetime Joe has associated with leading names in rock music and Celtic folk such as Rory Gallagher, Thin Lizzy, Alan Stivell, Paul Young, Henry McCullough, Gay and Terry Woods (Steeleye Span) and Chris de Burgh. It is his breadth of experience and musical understanding that shapes Shkayla so powerfully today. (See here for more of Joe’s earlier career). 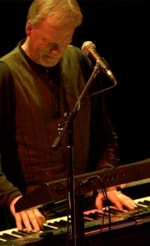 Martin is a creative keyboards-player who contributes a unique sensibility to the music of Shkayla. On recordings and live performances his distinctive solo introductions and interludes bring a special flavour to the band’s arrangements. He is also a fine singer and his precise harmonies add significantly to the overall sound of the band.

Martin joined Joe O’Donnell in 2006, making him the longest-serving band member. Before that he toured with The Alliance supporting rock legends Magnum, and has worked with Status Quo, Tony Martin (Black Sabbath), folk diva Polly Bolton, guitar wizard Kevin Dempsey, and the Coventry Cathedral Choir. Martin co-wrote and produced a musical, COGS at The Butts Theatre, Coventry which was previewed on ITV. 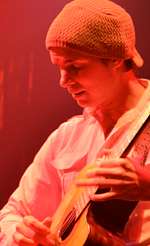 A highly versatile and lightning-fingered guitarist, Si has a considerable reputation in his own right for his skill in capturing and blending the styles of classical, flamenco, jazz, Latin, rock and funk. In Shkayla his contribution varies from driving rhythm patterns to matching Joe’s intricate lead lines, to soaring and evocative guitar solos.

Si has over 40 albums to his name, including an acclaimed version of Vivaldi’s Four Seasons interpreted for solo guitar. He has performed with the likes of John Etheridge, Soweto Kinch and Gilad Atzmon, and has also written and produced soundtracks for productions at Coventry’s Belgrade Theatre. All is even more remarkable, given that Si has no formal music training whatsoever! 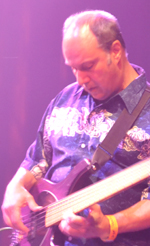 Adrian is a melodic and inventive bassist whose activities span many genres including jazz, African music, Ska, blues and rock. He says that finding his way in Celtic music has brought some real challenges! However in Shkayla he can draw on his wider musical experience to develop the dynamic bass lines and occasional solos that help to make the band’s sound so special.

Adrian has appeared with artists such as Toni Kofi, Tony Oxley, Norma Winstone, Neol Davies and Claude Deppa, and shared the bill with acts as varied as 10 CC, Eliza Carthy and Geno Washington. He leads Interplay, an original jazz quintet drawing on global grooves, and appears with multi-instrumental blues and soul band SugarDaddies. 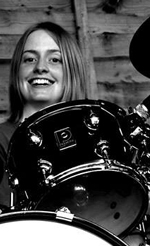 Karen is a fine drummer who combines the ability to groove with an ear for detail. She is also seemingly unfazed by sudden changes in tempo or time signature! Always driving the band, her fluid feel and great time keeping add propulsion and musical interest to the songs, enabling Shkayla to continue developing as a band.