Posted by joeodonnell on May 18, 2015 in Uncategorized 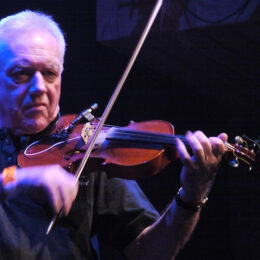 Did you hear the broadcast  by Joe O’Donnell’s Shkayla last Sunday, May 17th, on Bob Brolly’s Irish Programme? If not you can still find it on BBC iPlayer at http://www.bbc.co.uk/programmes/p02qxnt3 The session begins about 39 minutes after the start of the show and extends for roughly 40 minutes – you can just slide the cursor along if you don’t have time to hear the whole programme.

The session includes several live tunes, played totally acoustically – there wasn’t even a socket for Martin’s keyboard – but the quality of the music rings through (of course!) none the less. There is also a chance to hear the full studio recording of ‘O’Neil’s Lament’ from ‘Into The Becoming’. Bob Brolly was clear taken with the album title, and with Joe’s explanation of how it came to be chosen.

“I loved it as soon as I heard it”  says presenter Bob Brolly, talking about Shkayla’s new single O’Neil’s Lament. Bob should know – he plays three hours of the best Irish music every Sunday from 3.00pm on BBC WM and BBC Coventry and Warwickshire.

Simon McCarthy from Coventry Irish Society also appears in the programme, discussing the collaboration with Joe O’Donnell’s Shkayla.  He also talks about how the Society is working with ‘Business Champions’ from around the City to promote the Society and support Irish businesses in and around Coventry.