Posted by joeodonnell on Feb 14, 2015 in news, recordings 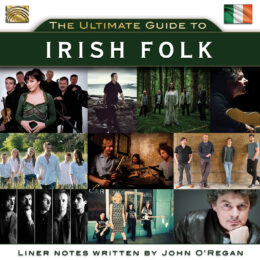 See what the lovely people at the Leamington Courier put on their web site about us and the Ultimate Guide to Irish Folk.

Since it came out early last year the ‘Ultimate Guide‘ has had lots of acclaim and even won some awards!